Dear Potential Clients:
Our office is definitely open and we are working very hard on current cases and continue to accept new clients via Zoom and over the phone.
Your case can be filed TODAY!!

The Courts are conducting contested hearings and agreed divorces remotely everyday and you CAN get relief.
PLEASE CALL US FOR INFORMATION. WE ARE OPEN AND ANSWERING THE PHONE.
New cases are being filed and answered via internet during this crisis.

We are currently still appearing in Court to resolve child custody differences, free clients from jail and litigate their cases! Your crisis is OUR crisis!!

Credit Cards, Paypal and $CashApp are gladly accepted for all services by phone. No need to come in. WE CAN FINALIZE YOUR DIVORCE RIGHT NOW FOR YOU!!

Being my first time going through a divorce, I had no idea what to door expect. Brad and his team broke everything down in simple terms, handled all the paperwork, worked around my busy schedule and ultimately got the whole thing done in a complete professional manner! Amazing team and thank you for giving me my freedom back!

This is by far one of the best attorneys in the Dallas metroplex area! He actually cares about his clients and getting them the results that they are trying to obtain! I give this law office a perfect score. I will highly recommend him to anyone who is in need of an attorney!

"A good name is better than riches!" I simply came across Atty Brad Nance's name during my internet search and I can proudly add my voice to his good reviews. Before meeting him, I had thought my divorce case was too complicated but when I walked into his office, he assured me everything would go seamlessly within a very short time. He took care of everything completely!! The only part I took was to sign my part of the documents, attended the prove-up hearing and complied with our agreed payment plan (which is a great plus to his services). He surely knows his onions!

He resolved my long run divorce case very clearly whereas others saying negative things. He was the only one said "I can do it." and he just focused positive side and made it. He always finds a way getting things done.
I was very much appreciated and felt comfortable in his professional experienced responses.
You're in a difficult situation for your divorce? You don't need to be hesitant to contact him. Just call him and relax.

He make a good job in my case. I definitely recomend him.

I would like to take this opportunity to recommend Brad Nance, Attorney. He is professional,...

Brad is a awesome lawyer that's say's and does what he stands for, and I Joseph and Sparkles Taylor Austin appreciates so much Thank you, I do recommend him

Brad assisted me in a divorce. Brad cuts to the chase. He tells you what you need to do and when you do it the process moves pretty quick. You make the time and he'll get things done. I truly do appreciate the assistance from his staff and he himself. Seriously Thank you Brad!

Mr. Nance is the man. He helped me and my family through a tough time, but with his expertise, sharing his experiences and great follow up, we were able to have an amicable divorce. I took his advice to the heart and I can honestly say that his is a great man who truly wants to help others. His wife is also a sweetheart and she was helpful as well. I would recommend this man to anyone with family legal issues. Great man and great service!!!

My experience with Attorney Nance & his office was professional, compassionate & swift. I’m very grateful for all he’s done. I couldn’t have asked for a better outcome. If you’re looking for an experienced & well known attorney to get the job done, don’t look any further. Attorney Nance is #1.

I like this guy. It was a little late in my case but during my consultation he was right on point with every comment he made and totally got my story first time through. Hopefully I won't need an attorney in the near future but if I do I would be extremely confident inith this mans abilities. His presence was big snd his experience obvious throughout
the consultation and I felt heard and very much at ease. The rate he requested was quite reasonable as well. Thanks for your input Brad. You pointed out some key things I hadn't thought of. The consultation alone was a great benefit to me.

I highly recommend Mr Nance for Divorce cases. He handled my case in an Exceptional manner. He also works payment arrangements when needed!
Thank you Mr Brad Nance.

Thank you for all your hard work, and my new life.

Thank you for all you do for me and my wonderful and beautiful wife, Kaitlyn!! We thought we would never have gotten through it alone with all these mental health professionals. You have done so much for her we can never repay you!

..."Thank you again for all your help with both the ticket and for listening when she was having problems."

Brad got me through a tough divorce with as little discomfort as possible. Even after the divorce was over and something came up, he was very quick to help me and alleviate my concerns. He is very easy to talk to both over the phone and in person. He gives it to you straight. No guessing games here.

"Thank you for your help with my divorce case."

I have come to this man and he made me feel like somebody really do care. I needed someone that I could trust and he made me and my 74 yr old mother feel that we could trust him. I would and will recommend Brad Nance to everyone I come into contact with. He is very special and dedicated to his clients. He took care of my case and made it affordable for me to get my case taken care of thank u Brad
Brad really helped me out.

Mr. Brad is excellent I would hire him for custody in getting my child back in my home asap I recommended Mr. Brad he helping me out fighting to get my child back he stay in courtrooms fighting for his clients so if any have a CP's case been false made on you go to Mr. Brad he is wonderful in will get your kids back asap he is a hardworking lawyer.

We were really backed into a corner when my husband's ex put child support on him following the death of his mother when he let his daughter go with her mom. After about a year the daughter was back to living with us and the courts were trying to throw my husband in jail for 180 days due to arrears even though we had the child living with us every day - no one would listen to us. We were in a financial bind and Mr. Nance allowed us to work out a payment plan and fought for us to show the court that we were telling the truth and that the child is happy living with us and wants to continue to do so. We are celebrating now and we can finally breathe a sigh of relief - everything is going to be ok, now. Words cannot express our thanks and gratitude - call this man - he can help you!!

The best Lawyer I have ever had he will fight to the end for you and he is very reasonable on price for what you need.
Like I said the best I've ever had. 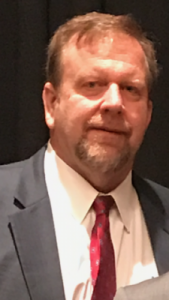 Named One Of America's Most Honored Professionals!!

Fully Licensed To Serve You By The State Bar Of Texas

WHY PAY SO MUCH?
WE ARE SO MUCH CHEAPER FOR THE SAME THING!!

PHONE ANSWERED 24/7
CALL FOR EMERGENCY OR IF YOU HAVE
COURT TOMORROW!!

Directions To Our Conveniently Located Office At 635(LBJ) and Jupiter in Northeast Dallas!

We can help you even if your case is set for tomorrow, but you HAVE TO CALL!!

HELP WITH DIY/CHEAP DIVORCE CASES
HELP WITH OTHER CASES

Thanks for coming by my website. This website is for people who want results on their cases and are tired of overpriced, legal services with no satisfactory outcome. I only take cases where I feel I can help. I aggressively fight for all my client’s rights and I am totally unfazed by other lawyer’s attempts at intimidation. I am much cheaper than many of my colleagues as my degree is in business and I once owned my own software business and have developed legal software to use to help you and keep your price LOWERED.

Only lawyers handle your case, and we don’t have an unending revolving door of staff attempting to block you from the attorney.

I am a proven results getter.

I am interested in getting anything for you other than the  results you want and expect. I have not backed down from a fight in my 36 years of practice to lawyers who rule by intimidation. I merely ask them to put their money where their mouth is. This is the reason that I believe so many people put their trust in me.

If you want a fight and results, hire me! My entire team is not afraid of getting dirty!!  Look at our results below to see what we  obtain for our clients.

We offer exceptional results to our clients because of our broad experience, devotion and persistence.

Why won’t you try us for your very important matter?

February 13, 2020
Prevented Abusive Father from returning to Mother’s home without any notice to him. Obtained valid, certified Court Order and sent to law enforcement agencies in area.

December 17, 2019
Prevented Abusive Father on Felony probation from receiving standard visitation. Ordered to not drink alcohol in front of children and not to disparage Mom.

December 12, 2019
Divorce. Father is hiding out in Canada and refuses to cooperate. Result: Mr. Nance’s office convinced the Court to move forward with the divorce and granted our client FULL CUSTODY even though father not present or notified!!

December 5, 2019
Client charged with Assault on Wife. Law Firm of Brad Nance achieved a dismissal of ALL CHARGES in this matter and Client was released.

September 2019
Client was arrested and charged with serious assault case in Tarrant County.
Our firm was able to convince the District Attorney to DISMISS the case totally within two months.

December 21, 2018
Mother chose her druggie boyfriend over her children. Result: Mr. Nance’s client awarded custody WITHOUT UNSUPERVISED visitation even before Mother is heard.

November 8, 2018
Uncooperative Alcoholic Father who refused to follow court-ordered requirement to use alcoholic detecting device ORDERED to use device or risk not having excess additional time with child anymore. Result–Father went to facility, restarted and paid for services for device.

November 15, 2018
Finished Divorce where Wife could not be found and was hiding. Result–Divorce GRANTED!

November 20, 2018
Retained Custody of children from alcoholic father who now has only supervised visitation due to the danger he presents.

August 14, 2018
Other Side Ordered to pay $3,500.00 Attorney Fees, half retirement, back medical bills, back credit card bills and given sole possessory rights, not joint.

February 8, 2018
LB vs. RB Successfully negotiated settlement of more than $135,000, plus Husband Ordered to pay balance of $35,000 car note agreement for wife where no legal marriage proven.

Our law firm serves people throughout the State Of Texas while focusing on the following Counties:

Helpful Links For People Going Through A Divorce Case

What You Need To Know About Child Custody Evaluations

What To Expect In Texas Family Law Court

Call today for a free consultation and see how we can help exceed your needs! Our office has payment plans for everyone!
GET IN TOUCH
Copyright © 2022 Law Offices Of Brad Nance - All Rights Reserved
×