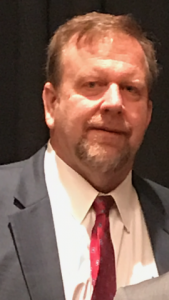 Born in 1958, Mr. Nance grew up in Northeast Dallas close to where he practices. He attended Bryan Adams High School and graduated with honors in 1976. Thereafter, he received a Bachelor of Business Administration from North Texas State University, scored one of the highest ever results on the Law School Admissions Test and earned his law degree from South Texas College of Law in Houston. After being sworn in in May of 1984, Mr. Nance began practicing law close to his present location.

He is the proud father of four children with his beautiful wife, Kerry. Both he and his wife are graduates of Bryan Adams High School in Dallas. Mr. Nance has handled many thousands of cases in his 38+ years and has instilled confidence and trust in the legal system with his representation of his clients throughout all of North Texas.

Feel free to review us via Google and find out how our previous clients view us!!

In his limited spare time, he enjoys flying with his bride in their plane, spending time with Bennett, Lillian, Janie and Maxine and doing all the other things they enjoy doing on their time off.

Here is a short video of the end of a recent flight containing our approach from the south and landing in Terrell, (Left downwind, full stop on one seven to you aviation people). Mr. Nance also takes time to enjoy volleyball, working outdoors and spending time with his large, extended family.

Mr. Nance believes in giving back of his time, effort and money and is heavily involved with numerous charitable organizations including Shriner’s, St. Jude, Dallas Life Foundation, Susan G. Komen and many others. A lifelong Texan, Mr. Nance lives on a ranch outside Rockwall, Texas. He loves meeting new people and hearing all the fascinating stories people tell. He welcomes you into his office to hear yours. What are you waiting for?

WHAT SETS US APART
Our Team maximizes our energy to get you the best outcome possible. We WORK to please you!!

Summary
Dallas Attorney
Cheap Dallas Criminal and Divorce Attorney
East Dallas
Dallas/Fort Worth
Cheap Legal Services
We are an experienced team of lawyers, paralegals, assistants and investigators that put our knowledge together for you. We are very cheap to use and provide excellent service and results.
Call today for a free consultation and see how we can help exceed your needs! Our office has payment plans for everyone!
GET IN TOUCH
Copyright © 2022 Law Offices Of Brad Nance - All Rights Reserved
×